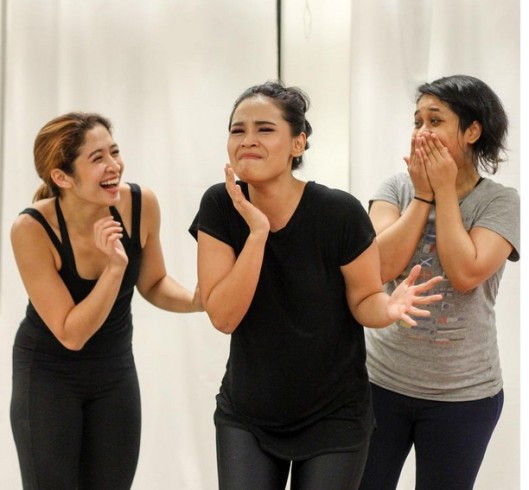 Main2 is an absorbing, excellently acted and deftly directed play on till this Sunday offering an intriguing and controversial take on why people do bad things to themselves and others. Director-playwright and Young Artist Award winner Aidli Mosbit writes that her 2002 work –  which intertwines heartbreaking stories about physical abuse, incest, drug abuse, divorce, extramarital affairs –  is:

“my personal observation and meditation about the lives of certain groups of individuals who are not ‘serious’. They live ‘playfully. Playing with luck and playing with destiny… In Main2, we see tragedy in fun, and fun in tragedy.”

The understated message is, of course, “Jangan main main” or “Don’t play, play” in the words of Phua Chu Kang.

The first question that arises is whether her thesis is indeed true, that the psychological motor driving the characters’ dysfunctionality is their weakness for irresponsible “fun”. The second is that, if this reckless-escape theory is true, whether there are other possible perhaps deeper explanations which the play but only hints at and which is debated outside of the theatre: class, prejudice, disadvantage, or as posited by some, culture. Consider, for instance, that the characters are all Malay. Would the play be different if they were Chinese, Indian, black Americans or Russians?

It is the purpose of art to raise these important issues and that Main2 has done. But art can’t replace and can’t be a sociological study. However it can provide glimpses into the ­–  indeed reveal more fundamental –  truths about the human condition than any sociology tome.

Mounted by the well-known company Teater Ekamatra as part of the Esplanade’s Pesta Raya season, the versatile and outstanding ensemble cast played a dozen or so characters, called often to to sing and dance. YouTube sensation Munah Bagharib and Intercultural Theatre Institute graduate Al-Matin Yatim share the limelight with Farez Najib, Farhana M Noor, Hatta bin Said and Suhaili Safari. Their guitar playing and singing provided a spare but magical soundscape under James Lye’s sound design. Certainly it had me and it would seem last night’s full-house last night ­–  a third of whom was a bevy of excited students in multi-coloured tudung – absolutely rapt.